During Team USA’s silver medal-winning effort at the Cadet World Cup in Budapest this weekend, Skyler Liverant earned a bronze medal that put him at the No. 1 spot on the national youth fencing rankings.

“I was very focused throughout the competition, both bouts in direct elimination for top 64 and 32 came down to one touch to decide the winner but I stayed calm, relaxed and confident about what I was going to do and I believed I could do it!” said Liverant, who lives in Kensington and attends Brooklyn Prospect Charter School.

Liverant, who is now ranked 5th in the world, will seek to qualify for the fencing World Championships, which will be held in April 2020 in Salt Lake City.

Team USA coach Alex Zurabishvili said that while competing for the bronze medal, “Skyler was fighting for every touch, very focused and coachable, high level of focus, determined to win.”

“Skyler is one of the youngest athletes on the traveling USA team (top 20 athletes), but nevertheless was the most experienced since he is the only one who made Team USA last year and participated in the World Championships!” he said. “We expect him to keep up his level of fencing and lead other USA fencers. He is very hard working and trained non-stop the whole summer while many were on vacation.”

Mokretsov added, “Hard work pays off and we will keep working hard to qualify for World Championships in Salt Lake City and fight for medals there!”

More great results from around the world!  Congratulations to the following students for their recent top results!

We also want to congratulate alumnnus, Romain Cannone, for taking 7th at the Peter Bakonyi Vancouver Men’s Epee World Cup! He made it a long way from young passionate boy to a top fencer in the world!  Go Romka! 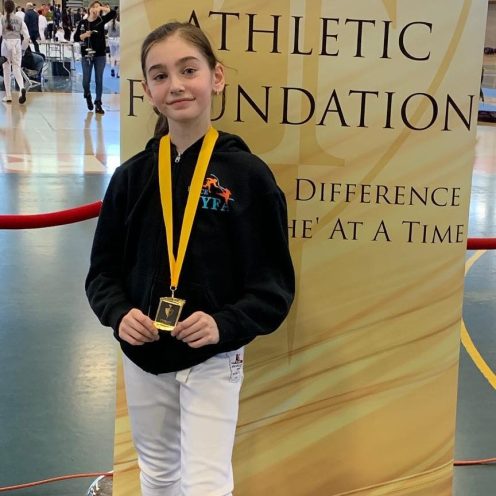 Congratulations to our athletes and coaches for their recent top results!  Go NYFA!

Other Top 8 results from local tournaments including the NYFA Youth Challenge:   BK    LI

And our hearty congratulations goes to Coach Sergey Danilov for guiding the USA Junior Team to their first-ever Gold medal at the World Cup in Belgrade, Serbia!  Go USA! 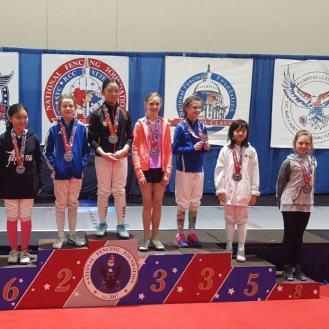 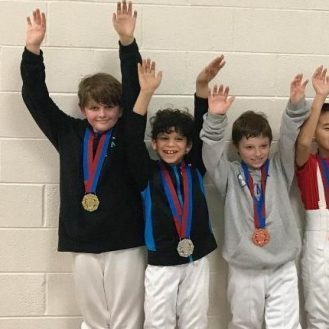 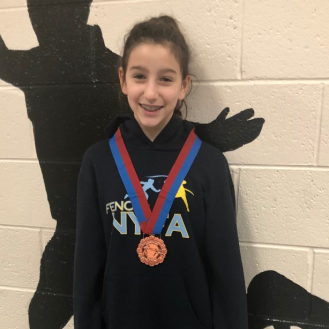 12
NYFA - Brooklyn
2896 W 12 Street
Brooklyn, NY 11224
(718) 996-0426
M-F: 3 pm - 9 pm
Sat: 9 am - 6 pm
Follow us on Instagram
Today was a big day for Skyler Liverant, me personally and our club! Skyler fenced his heart out and earned a bronze medal at FIE Cadet World Championships in Cairo, Egypt! It’s a huge achievement for athlete and coach - it’s the first Worlds medal for both of us and I’m sure we will remember this day forever - thank you for that!
Congratulations to Jaclyn Khrol on her top 8 finish at Junior World Championships! It was a hard day and Jackie pulled amazing combat in the bout for 32 - she equalized the score .007 seconds left and won on priority! Jackie was one touch short for the medal! Even though it’s upsetting to be so close and lose I would like to say that Jackie fenced amazing today and we are very proud of her! She will return for team event on Sunday!
Congratulations to our kids who were collecting more medals all over from Pensilvania to Texas!
Our kids continue to collect gold! Congratulations to David Dodin - Y12 champion and Liora Profis Y10 champion at American Challenge RYC! #goldrush #youngchamps #ryc #top #fencenyfa #teamnyfa
Here are some fun videos from last camp! Hope to see you back this summer for more fencing and fun!
Final day we got one more medal from Liza Zigalo in Y14!
NYFA - Long Island
8 Haven Avenue
Port Washington, NY 11050
(516) 472-7042
M-F: 4 pm - 9 pm
Sat: 9 am - 6 pm
Loading Comments...
Comment
×