Alex Zurabishvili began fencing at age 11 in his native country of Georgia.  As a member of the Georgian National Fencing Team, he became a three-time National Epee Champion.

With over 20 years of experience as epee coach, Alex has trained all levels of students at clubs in Westchester, Brooklyn, and Manhattan, and has developed several members of the US World Championship fencing team. As Designated Coach for the US National Junior Men’s and Women’s Epee Teams in 2017 and 2018, he led three of his four teams to gold medals in their respective competitions at the World Cup in San Juan, Puerto Rico and at the Pan American Championship in Costa Rica. 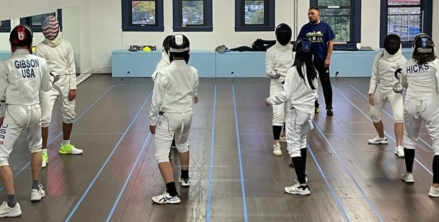 In addition to coaching at New York Fencing Academy, Alex is epee coach at Columbia University and at the New York Athletic Club.